This project was very defined from the outset as the client’s choice of crisp, elegant, minimalist kitchen units was to be off-set by a series of beautifully organic, hand crafted accents. One such accentuating element was a number of copper-clad wall panels, which received particularly characterful patinated finishes. The metal wall panels served as both decoration and a protective wall covering – ‘aka’ splash backs behind the sink area and within two of the cupboards which served as alcoves for display. The result was quite resplendent! 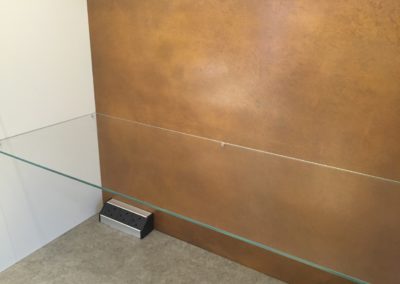 We’d Love to Hear from You!

Can’t find what you’re looking for or have a query? Contact us to discuss your requirements.